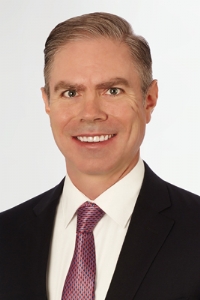 Will Ellerman served as co-lead counsel with partner Michael Shore in VideoShare, LLC v. Google LLC & YouTube, LLC, No. 6:19-cv-00663-ADA, in the Western District of Texas, which resulted in a jury verdict of $25.9 million in November of 2021.

Will Ellerman is a trial and appellate lawyer with over twenty years of experience in handling complex commercial litigation on behalf of corporations and individuals. Mr. Ellerman has practiced on both sides of the docket, having represented plaintiffs and defendants in high stakes, "bet the company" litigation. He has handled cases involving intellectual property, contractual disputes, business torts, banking, securities, oil and gas, media law, and numerous other categories of complex disputes. Mr. Ellerman has obtained multi-million dollar jury and bench trial verdicts, achieved many favorable settlements, and he has successfully defended clients in Texas and beyond. Mr. Ellerman's practice spans all phases of litigation, from the inception of cases through the appellate process. In that regard, he has handled numerous appeals in federal and state courts across the country. He has briefed matters to the United States Supreme Court and multiple federal and state courts of appeal, and he has argued before many appellate courts, including the Texas Supreme Court. Prior to joining Shore Chan  LLP, Mr. Ellerman was a partner in the trial section of Jackson Walker L.L.P.